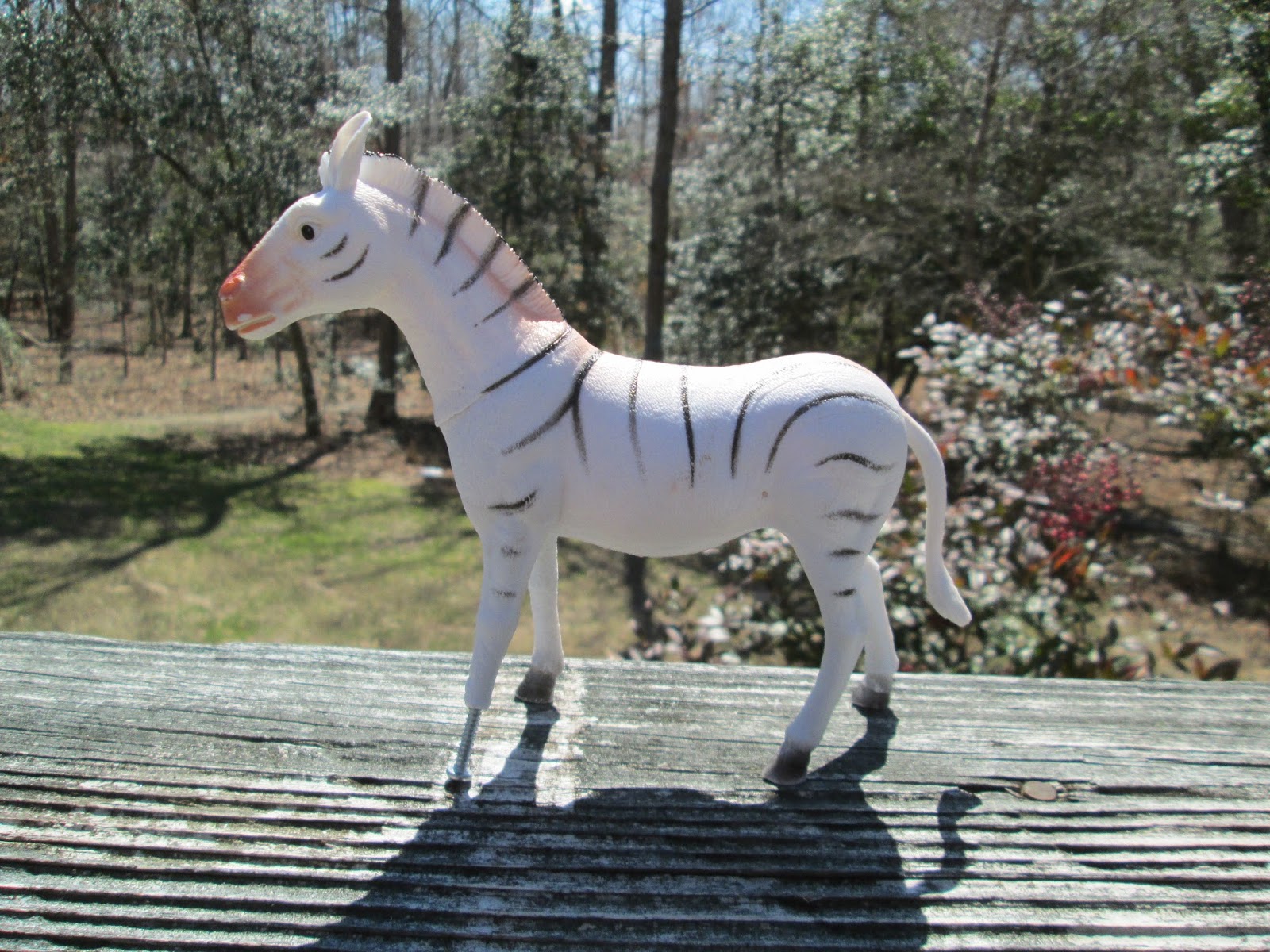 Rebecca is rather fond of the aforementioned zebra and did not want to toss it after its amputation. She wanted it fixed, but couldn't think of a good permanent solution. So the poor thing languished about the house in its tripod form.

Rebecca had tried masking tape and string, but both failed miserably. I suggested a wooden dowel, but the ones we had were gone. Then I had a eureka moment, we could use a screw.

I got the big box of assorted screws out and she chose one of the right length and diameter. Rebecca wasn't sure if it would work, but lo and behold it did. I think the best part is that the screw she settled on has a rounded head which makes it look like a real prosthetic leg. Now the zebra can stand on its own four feet.
Posted by Sarah at 11:55 PM