Artist of the Week: Block Army Base 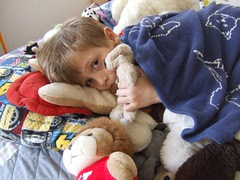 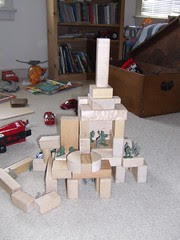 ArmyBase
Originally uploaded by Teckelcar.
This week's artist is Max.

He wanted me to take this picture of him all curled up in bed. Isn't he adorable?

Any way that same day he built this army base out of the blocks in his room. Like his brothers' creations it is a fully realized building with multiple levels and rooms. He was very proud of his building and told me to come upstairs and take a picture.

Then the most amazing thing occurred, after he was done with the building he put away the blocks. Without any help/nagging from me. I was stunned. It turns out that he is satisfied if I take a picture of the end result, after which he will dismantle the creation.