Artist of the Week: Super Dog 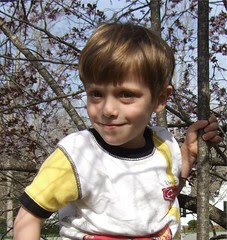 max2
Originally uploaded by Teckelcar.
Max is a very funny guy and he is this week’s featured artist.

His jokes aren’t particularly good, they are long, rambling and are often without a discernable punch line, but what else would you expect from a five year old. However, nobody can sell a joke like Max. He has the best delivery; you can’t help laughing with him at the end of his joke.

Sometimes, though, he can be very funny and he is not even aware of the joke. 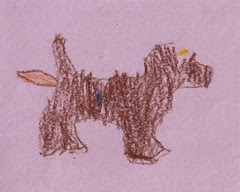 superdog
Originally uploaded by Teckelcar.
Super Dog was proudly brought home yesterday. Max had started with just an outline from a stencil provided by his teacher. As he colored in his dog he decided to go one better and make it “Super Dog” by adding a cape. The orange bit behind Super Dog is its cape, streaming straight behind like all good capes should.