The Fifth and Sixth Nights Plus a Little More

Here are the promised pictures of the fifth and sixth nights of Hanukkah.
First off here is the fifth night: 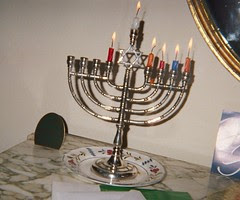 fifthnight
Originally uploaded by Teckelcar. I almost forgot to take this one. I just got to the menorah in time. If I had waited any longer the candles would have been all gone.

Now for the sixth night of Hanukkah: 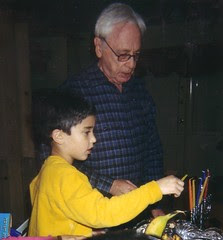 sixthnight
Originally uploaded by Teckelcar. In this picture Nate is holding onto the shamash and lighting the candles with Grandpa by his side. Larry took this picture and I really like how it came out. Meanwhile, I was upstairs passed out from my cold and I missed out on all the fun.

Sadly we did not take any pictures of the seventh night, I was still under the weather and we all forgot to bring out the camera.

Before I got struck down by the cold I-thought-was-strep-but-wasn’t, Larry and I meet up with his half sister and took Max and Rebecca to the aquarium (Jake and Nate went with Grandma and Grandpa to see the Harry Potter and the Goblet of Fire). Max and Rebecca went to the aquarium last summer with Grandma and it was a big hit, Max was particularly taken with the sea turtles. I like it too and Larry has never been to this one.

It was jammed. It wasn’t nearly as much fun when we went last August, but the kids had a good time. Max was a little disappointed that the turtles were not swimming about, but he did enjoy posing behind the fake turtle shell. 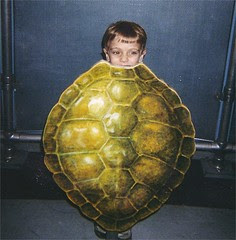 turtlemax
Originally uploaded by Teckelcar.
I tried taking one of Rebecca, but the photo did not come out. So instead I’ll treat you to this very cute (but slightly unfocused) picture. 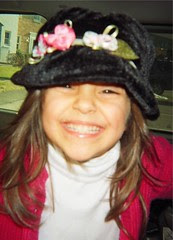 hat
Originally uploaded by Teckelcar. Yes, that is the hat. It actually took a few days for her to get over her dislike of the hat, but she did come around. She wore it all throughout the aquarium. It made it very easy for us to pick her out of the crowd.

So there you go, a wrap up to our northern adventures.
Posted by Sarah at 11:26 AM